Letters to Oconee Editor, Blogger End Up in Trash

Meridee Williams, general manager of The Oconee Enterprise, and Johnathan McGinty, blogger and Athens Banner-Herald columnist, have this in common.

Both recently rejected my efforts to gain access to their readers.

In doing so, they underscored a key characteristic of journalism, in the old media world and in the new one.

The power of the journalists comes from their audiences.

And the journalists set the rules for access to those audiences.

On Aug. 24 Williams rejected a letter I had submitted to the Enterprise electronically on Aug. 22. 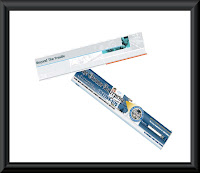 My letter criticized the editorial in the Aug. 20 edition of the paper. That editorial said the discussion by four members of the Board of Commissioners that led to a change in the reporting lines for key officials in the county was an "embarrassment" and that the passage of the ordinance changing the reporting lines by the board was "arrogant."

In my submitted letter, I referred readers to the Aug. 19 posting on this blog for a "detailed but straightforward report on the Aug. 4 Board of Commissioners meeting" at which the ordinance was passed.

Williams rejected the letter in her Aug. 24 email message to me saying "We do not provide free advertising for blogs."

Three weeks earlier, on Aug. 3, I sent an email message to McGinty, criticizing his column in the Banner-Herald on Aug. 2 and his posting on his blog, Beyond the Trestle, on Aug. 3.

In that Aug. 2 column, McGinty had said "I can only hope the Oconee County Commission shows ... good judgment by dropping its efforts to overhaul the structure of the local government in a puzzling attempt to improve communication."

On his Aug. 3 blog, McGinty wrote in response to criticism he was receiving about that column that "it's hardly fair to advance one argument up until the final minute and then, at the last second, revert to what it should have been all along and then blame me for being uninformed."

"It is fair to blame you for being uninformed," I wrote to McGinty. "You were. You were publicly. And it makes a difference. The Sunday Banner-Herald is quite a soapbox. I think you did the readers a disservice by not investing enough time to really understand the issue."

I told him to put my response on his blog.

McGinty did not put it on his blog. What he ran instead were two postings on Aug. 4. In one, he said "Judging by the five emails I've received from him in the past 24 hours, I'm obviously not on Lee Becker's good side regarding my views on Oconee County's proposed governmental restructuring."

He added that some of his critics--though he did not name me--said he was "uninformed."

An hour and a half later, McGinty posted again, adding a new comment from a reader he identified as "JW, an Oconee County resident, with an entertaining take."

"Now, I don't agree with you one bit on changing the Oconee County government," McGinty quoted the reader as saying, "but I will say this, if Lee Becker thinks you are ‘uninformed’ that probably means you're the smartest guy in the world, so congratulations!"

According to my outbox, I sent McGinty four messages from Aug. 1 to 3, and one of them was a message from another person that I forwarded.

In response to my request, she created a 2 column x 2.875 inch advertisement and sent it to me for my approval.

In the end, I decided it was not worth the $57.28 she said I would have had to pay to have my letter to the editor published in the paper.

McGinty stated his policy on comments in a posting he did on July 29.

He said he did not permit readers of his blog to provide comments because they take too much time to moderate. "I just don't have the time or patience," he said. People can send him email messages, he said, and he would "regularly" use them in his blog.

The Enterprise has an unaudited circulation of 4,000. McGinty told me during one of two brief personal conversations I’ve had with him that he gets about 150 visitors to his blog each day.

I would have had to pay $57.28 to have a chance to reach the 4,000 subscribers to the Enterprise, and I had no way to reach the 150 readers of McGinty’s blog unless he chose to allow it, which he did not. (McGinty recently started using Google ads, so that option does now exist.)

I have fewer visitors to this blog than McGinty has to his, and moderating the comments has not been a problem. I’ve had only a small number, and those I have received have been very civil.

Twice I’ve been criticized for mistakes I made. I thanked the critic–who was pretty direct–and corrected the errors.

I do get feedback via email. On a few occasions, I’ve encouraged those who wrote to post those comments to the blog. Some have done so.

I have set the comments option on this blog in a way that allows me to decide whether to publish them. I’ve used all sent so far, but I would not use one that contained what I viewed as a personal attack on anyone other than me.

I do not allow access to my listserv, which contains 121 names as of tonight. I send an email message to people on that list when I post to the blog, and I protect those on the list from unwanted messages. I view the list as something I’ve assembled and maintained–that is, as my list.

This blog has no advertising. I don’t pay Google for hosting it. If Google were to change the policy, however, and required me to pay, I would have to consider accepting ads. Under that circumstance, I would be competing with the Enterprise and McGinty’s Beyond the Trestle blog.

This potential competition does provide some justification for the Enterprise's decision not to allow me to reference my blog in a letter to the editor and to McGinty for not allowing me to claim he didn’t do his homework.

I also sent a letter to the editor of the Banner-Herald that suggested readers could go to my blog for additional information about the upcoming vote on the reorganization ordinance. The paper published the letter on Aug. 3.

The editors left in the reference to my blog, and even created a link to it in the online edition.

Beneath the letter, the paper used this note:

"EDITOR’S NOTE: In the interest of steering readers to varied sources of information and commentary, information about accessing blogs will be published occasionally on the Banner-Herald’s editorial page. Publishing that information does not constitute the newspapers endorsement of the content of any referenced blogs."

The Banner-Herald also has a very liberal policy on feedback. To leave a comment, readers must register, but the comments are not moderated. The tenor of those comments is quite varied. (I commented on McGinty's Aug. 2 column.)

The Enterprise web site allows readers to submit comments to the relatively few articles posted there. The comments are reviewed before they are posted.

The Oconee Leader requires reader to register before commenting on the small number of articles it posts on its web site. It also moderates comments before they are published.


Wendell Dawson does not have a comment function on his Another Voice from Oconee County, but he recommends people contact him with feedback and provides his email address.

Kate McDaniel’s A Positive Vision for Oconee County does not have a comment function, but she provides her email address and asks people to send comments.

Steve Holzman moderates the comments on his Small Town Politics–North High Shoals. He has recently announced that he will not publish anonymous comments.

So while the technology has made it easier for all of us to send messages, it has not really made it any easier for someone who wants to respond to what we say to be able to do so.

The late A.J. Liebling, journalist and media critic, is famous for his observation: "Freedom of the press is guaranteed only to those who own one."

That is less true today than in the past.

What hasn’t changed is that the right of reply is guaranteed to no one.
Posted by Lee Becker at 8:39 PM 3 comments: