Oconee County Ballot for July 20 Primary Set, Regardless of what BOE Does

Not Open To The Public

Voters in the July 20 primary could well be a little confused if the Oconee County Board of Education follows through with its proposed method for filling the vacancy left when Tom Breedlove resigned from the Board on May 10.

At a specially called meeting on May 19, the BOE decided to invite the four candidates who have filed for Democratic and Republican primaries on July 20 to ask instead to be considered for the Post 5 position Breedlove vacated.

The problem is that the names of the three candidates for Post 2–incumbent Mack Guest, Carter Scott Strickland and Mark Thomas–and the sole candidate for Post 3–incumbent Kim Argo–will appear on the ballots as candidates for those posts even if the BOE selects one of them in advance to fill the Post 5 opening.

Fran Crowell in the Oconee County Board of Elections and Registration office told me on Friday that the ballots already have been sent off for printing and cannot be changed.

The name of Keith Bradberry, who on May 5 withdrew from his candidacy for Post 2 on the Board of Commissioners, will not be on the ballot, Crowell said, since he withdrew early enough to remove his name.

The Board of Education decided on its peculiar strategy for filling the vacancy created when Breedlove resigned at the suggestion of Board Chairman David Weeks.

According to the minutes of that meeting, Weeks said the Board has filled vacancies in the recent past by accepting applications from the general public. Guest was chosen in this fashion in 2007 and then won reelection in 2008.

Weeks proposed at the May 19 meeting, however, that he ask all four candidates who qualified to run for election for Posts 2 and 3 as Republicans or Democrats to apply for Post 5.

Only if none of the four persons on the ballot were interested in the Post 5 position would he open it up for applications from the public.

Though no vote was taken, according to the minutes, “All acknowledged that they were in agreement.”

That included Guest and Argo, incumbents seeking reelection to Posts 2 and 3 respectively and therefore two of the four individuals Weeks will invited to apply.

Unless someone qualifies to run as an independent during the filing period of June 28 to July 2, Argo will have no opposition in either the July 20 Republican primary or the November general election.

On the face of it, a switch by Argo would seem rather unlikely.

On the other hand, Guest will have to face Thomas in the Republican primary on July 20 and then, if he is successful against Thomas, face Carter Strickland in the November general election as well as anyone who might file as an independent.

Guest obviously had something to gain from the Weeks’ proposal that Guest and the rest of the Board agreed to.

Board of Commissioners member Margaret Hale told me on Friday she had heard rumors that a candidate was surfacing to challenge John Daniell for Post 2 on the BOC via a write-in campaign now that Bradberry has withdrawn.

Jay Hanley, chairman of the Oconee County Republican Party, told me a write-in candidacy is not allowed in Georgia in the primaries. 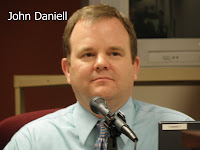 Hale and Tammy Gilland will be contending for the Republican Party nomination for Post 3 in the July 20 primary.

The Oconee County Chamber of Commerce has scheduled a Political Forum for from 6 to 9:30 p.m. on June 3 at the North Oconee High School Auditorium on Rocky Branch road near Hog Mountain road.

The first hour of the forum is labeled as a “candidate meet-and-greet” and will be followed by an hour of questions of the BOC and BOE candidates by moderator/facilitator Tim Bryant of 1340WGAU radio.

Hank Huckaby, Tommy Malcom and Kirk Shook have filed as Republicans and Suzy Compere has filed as a Democrat for the 113th House District. Incumbent Bob Smith has stepped down.

Senator Bill Cowsert has filed for reelection in the 46th District.

Bradberry told me on Friday that he has been dealing with a medical condition that he labeled as “not life threatening but serious” and that he had had under control. “On May 3, it reared its head,” he said, making it necessary for him to withdraw from the race.

Crowell said that Bradberry was not entitled to and did not get a refund of the $594 filing fee he had paid only on April 30.

Argo, Guest, Strickland and Thomas only had to pay $54, so if any one of them drops out of the race to assume the Post 5 position the loss of filing fees will be considerably more modest.

Breedlove resigned from the BOE because he is moving out of the county.
Posted by Lee Becker at 9:51 PM No comments: