And Oconee Gets a Goat Farm Too

The Watershed Protection Branch of the state Environmental Protection Division has sent forward for approval a request from Atlanta developer Frank Bishop that he be allowed to pipe and fill the half mile of flowing streams on the site of his proposed 63-acre Epps Bridge Centre shopping Centre on Epps Bridge Parkway.

On Friday, the Georgia Department of Transportation readvertised for bids for the 1.5 mile Oconee Connector Extension, also called the Jennings Mill Parkway project, that will serve as the main entranceway to the proposed shopping center.

The granting of the variance to the state-mandated 25-foot buffer for the streams and the awarding of bids for the Oconee Connector are the two final administrative hurdles that Bishop must clear before he can begin construction of the shopping center, which is to include major retail outlets, restaurants and a 16-screen theater.

When the Oconee County Board of Commissioners approved the rezone for the site on Oct. 7, it stipulated that no permits for construction would be issued unless the bids were let by the state for the Oconee Connector.

Those bids are due on April 17 and are to be opened and made public on that date.

Peggy Chambers, environmental specialist in the Watershed Protection Branch of the EPD, told me today that the variance has not yet been issued but, "to the best of my knowledge," has been sent forward to EPD Director Dr. Carol Couch for approval. She had checked with the office clerk who handles the paperwork before giving me that answer.

Fellow Environmental Specialist Michael Berry actually is in charge of the case, but he was sick and out of the office today, according to Chambers.

Chambers said once Couch approves the permit, individuals will have 30 days to file a legal challenge before the permit goes into effect.

Twenty-one individuals–including me–wrote letters in opposition to the granting of the variance. Seventeen of those asked for a public hearing before a decision was made. Berry told me on Feb. 24 he did not think a public hearing would be held.

Bishop already has a permit from the United State Army Corps of Engineers to pipe and fill the streams on the site as well as pave over parts of the wetlands. To mitigate that damage to the Oconee County streams and wetlands, which feed to McNutt Creek, Bishop agreed to repair streams and wetlands at a site he bought in Greene County.

It is for that reason that Bishop needs the state to build the entranceway to his property. Bishop bought the right of way for the roadway and sold it to Oconee County, which turned it over to the state. The state reimbursed the county for the purchase.

The state first advertised for bids for the project on Dec. 12, 2008, but rejected all eight bids received 12 days later for unspecified reasons. The bids ranged in price from $14 million to $21 million.

County Administrative Officer Alan Theriault told me at the time that he expected that the project would be readvertised for March. 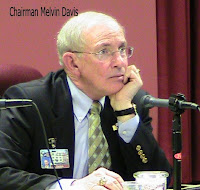 Oconee County Board of Commissioners Chairman Melvin Davis had said in an interview with Anna Dolianitis of The Oconee Leader on March 5 that he considered the Oconee Connector project to be the county’s top candidate to receive federal stimulus program funding for transportation. He confirmed that comment in an e-mail message to me on Monday.

Oconee County did not land any projects on the state’s list of transportation projects eligible for funding by the federal stimulus package.

According to the contract description in the advertisement for bids for the project, it will include widening and reconstruction of Jennings Mill Parkway (now called Oconee Connector) beginning at Epps Bridge Road and looping back to State Route 316.

The project also includes construction of a bridge over State Route Loop 10, the Paul Brown Parkway.

Although the granting of the rezone by the Oconee County BOC and the issuance of the federal permit and the state variance are supposed to be independent, neither the federal government nor the state acted until after the county approved the rezone on Oct. 7. Bishop had told the Corps of Engineers in August 2007 that "Oconee County is willing to rezone the site."

Bishop told the Oconee County Planning Commission he rejected land in Oconee County that could have been purchased and used for mitigation because it was too expensive.

On March 19, the Watershed Protection Division of the EPD issued a public advisory that it was taking comments on an application for buffer variance for the Goat Farm Mitigation Bank, an 180-acre commercial stream mitigation bank in Oconee County along the Apalachee River.

Once approved, the Goat Farm bank will be competing with Bishop's Greene County site for sale of mitigation credits.

Others who develop projects in Oconee County and need mitigation credits will be just as free as Bishop was to go outside of the county to purchase the credits.
Posted by Lee Becker at 9:00 PM