Control at the Heart of Oconee County Discussions of Reorganization Ordinance

Citizen Power at Center of Discussion

The most informative part of the discussions with the public about the proposed reorganization ordinance for Oconee County came not during the two public hearings held by the Board of Commissioners, but in the public comment section at the end of the July 28 meeting.

Local businessman Mike Power came to the podium and said he was still trying to understand the proposed ordinance. "Who would have the last say in a personnel matter, a department head matter?" he asked.

County Attorney Daniel Haygood said that disciplinary matters would go to an administrative hearing officer, but simple hiring and firing of department heads "is going to be by the board." 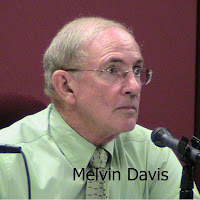 Davis responded: "Now the chair has the responsibility, with the input and knowledge of the board. Fortunately, we haven’t had many of them."

Commissioner Jim Luke followed: "Mr. Chairman, I can’t let that pass. I’ve tried to be a gentleman through this process. But I just can’t let that pass. How many positions do we have that I’ve gotten a letter from you saying you hired somebody for that position? How often has that happened? In every case since I’ve been commissioner, but one. One hiring I knew the person was being considered before the hiring. I cannot let that pass." 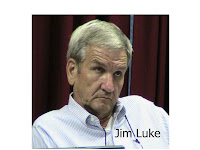 Davis: "Which one was that?"

Luke: "The one I knew about was Mr. White. Any of those positions since then. Emil Beshara was one. I got an email from you saying that we had hired Beshara.

Davis said: "But you knew we were discussing it?"

Luke said: "No, I did not. Didn’t know who he was. Only after I got the letter from you."

Davis turned to Power and said: "Now I make the decision."

A third crucial department, Utility, has been headed by Chris Thomas, then John Hatcher, and now again Chris Thomas since Gary Dodd retired in 2007.

If the BOC passes the proposed ordinance at its regular meeting on Tuesday night, the hiring of department heads would be approved by the five-member board "based on the joint recommendation of the Chairperson, Administrative Officer and Human Resources Director."

"Discharge" of a department head would be by the board based on the county’s Human Resources Ordinance and upon recommendation of the administrative officer and the chairperson.

The ordinance also proposes that the county’s administrative officer and finance director "shall be hired and discharged by the Board of Commissioners." Both also would report directly to the full board. At present, both are hired by the chair and report to the chair.

The county clerk and the county attorney would continue to be appointed and discharged by the full board, as is the case now.

County Attorney Haygood drafted the proposed legislation after a series of meetings involving the commissioners going back to last September. He also consulted with experts from the Carl Vinson Institute of Government at the University of Georgia and reviewed case law on such ordinances in Georgia.

It was at Davis’ initiative that the Carl Vinson Institute was brought into the discussions.

The commission is scheduled to take final action on the ordinance on Tuesday night. The meeting starts at 7 p.m. at the courthouse in Watkinsville.

Power asked Haygood at the meeting on July 28 if the ordinance required the county to change its enabling legislation.

"Not in my opinion," Haygood said.

Haygood went on to say that the enabling legislation for the county is "vague" and only says that the chairman of the board of commissioners shall be the chief executive officer of the county.

The enabling legislation is clear about the power of the legislative branch, or the commission. According to the original 1917 legislation passed by the Georgia General Assembly to set up the government structure in the county, the commission has responsibility for finances of the county.

The 1917 ordinance said the commission is responsible for "examining and auditing and setting accounts of all offices having the care, management, correction, keeping and distribution of moneys belonging to the county or appropriated to its use and benefit."

Power did not speak at the public hearing itself.

The back-and-forth at the public comment section of the July 28 meeting contrasted with the passive response of the members of the commission in both of the public hearings.

In those cases, Commissioner Margaret Hale told citizens should would be pleased to talk with them via telephone or in person if they wanted to know why she was in favor of the ordinance. The other three commissioners did not speak.

The Oconee Enterprise, the weekly newspaper in the county, has been very critical of the commissioners and of the attempt to pass the ordinance. Chairman Davis has been clear in his opposition to the ordinance, and the paper has supported him both through its editorials and its coverage.

Typical of the tone of that coverage was the story that appeared at the top of the front page of the July 30 edition of the paper. The headline said "Luke lashes at BOC Chairman," and had as its first paragraph this sentence: "Commissioner Jim Luke blew his cool Tuesday night."

Luke was calm, as the video clip above shows. The unedited clip is taken from the county’s recording of the meeting.

The commissioners have said repeatedly that the problem is communication between the chairman and the other four commissioners, and this has turned out to be a mistake.

Johnathan McGinty, a former reporter for the Athens Banner-Herald who currently has a blog on local politics, has argued in today’s paper that communication problems can be fixed without an ordinance.

Enterprise Editor Blake Giles in a column in the July 30 edition of the paper argued that the commissioners have "attacked a communication problem with a sledge hammer."

By controlling the flow of information, the commissioners have said in their working sessions, Davis puts them in a position of voting in public on issues that they do not fully understand or are not confident they understand.

The enabling legislation says Davis votes only in the case of a tie, so the commissioners, rather than Davis, often have to deal with reactions to decisions once made. The commissioners also have accused Davis of making promises behind the scenes and then leaving them in a position to have to ratify or break the promises.

Commissioners Hale, Luke and Chuck Horton have said the problem has existed during the time they have been on the commission. Luke and Horton are starting their second terms. Hale joined the commission when Davis was elected two terms-back.

Commissioner Don Norris, defeated in last year’s elections, defended Davis when these criticisms surfaced, saying he always had all the information he needed. This weakened the position of the other commissioners until Norris was replaced by Commissioner John Daniell in January.

In an interview I did with Davis in his office on July 13, he argued, as he did on July 28, that citizens should have a say before the commissioners act on the ordinance. He did not make that argument until the ordinance was drafted.

If all of the commissioners were elected by districts, their power would be diminished relative to the chair, who would run at large and could claim to represent the whole county. This problem could be solved by having some commissioners run by district and others elected at large, but Davis did not suggest that strategy.

As the exchange between Davis and Luke at the July 28 meeting and the comments by Davis to me make clear, the tussle really is over power.

McGinty and Giles missed the point that "communication" has just been used as shorthand for "power" in the discussions.

It also is clear from comments of several of the citizens who spoke at the two public hearing that many also did not understand–or want to understand–what the issue is behind the commissioner’s complaint with how things are done at present.

The ordinance is designed to change that.

The edited version of the two citizen comment sections from the July 28 meeting is on my Vimeo site.

The public hearing on the ordinance at the July 7 meeting was at the front of the meeting. The recording of that meeting is on the county’s Vimeo site.

The April 26 posting is particularly helpful in understanding the motivation of the four commissioners for pursuing the ordinance. It is based on a meeting held back in September and includes statements from the commissioners on their sense of frustration in trying to correct what they see as a problem short of passing an ordinance.

The April 26 report contains a full audio recording of the meeting, in Part I and Part II. The order of the speakers is explained at the bottom of the April 26 posting.