The Oconee County Board of Commissioners met in a special called meeting at noon on Oct. 22 to approve refinancing of a $12.3 million revenue bond the county issued in 1998 to provide funding for water and sewer construction projects.

The refinancing at a lower interest rate will result in savings of more than $900,000, according to figures prepared by County Finance Director Jeff Benko in support of the decision to refinance the debt.

Prior to the refinancing, the county owed $9.5 million on the bonds in principal and interest. 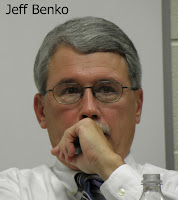 The county was able to obtain an interest rate of 3.1 percent for the new bond. The interest on the original bond was 4.75 percent.

The savings of $917,535 is the net gain to the county, Benko said in an email message to me yesterday. The costs of refinancing have been included in the calculations, he said. According to the minutes of the BOC meeting, that cost is $195,000.

The refinancing will provide some relief to the county Utility Department, which issued the bonds and which has had budget shortfalls in recent years because it has not been able to sell the amount of water originally projected due to the drought.

In the current fiscal year with the new schedule, the department will pay $187,117 in interest on the loan, compared with the $938,655 due this year on the principal and interest on the original schedule.

The minutes of the Oct. 22 BOC meeting indicate that Jamie Wilson of Merchant Capital reported a savings of $391,989, but Benko said that figure does not include a payback of more than half a million dollars the county will receive once the refinancing is complete.
Posted by Lee Becker at 10:02 PM