A Half Mill Would Do

Allen Skinner, chief appraiser for Oconee County, thought the Board of Commissioners should have considered an adjustment in the millage rate as it struggled to create the required balanced budget for Fiscal Year 2011, which starts on July 1.

Since most property in the county declined in value as of the Jan. 1, 2010, the reference point for taxes this year, an upward adjustment in the tax rate would not have produced higher taxes for many people, Skinner said.

Skinner told the Board when he met with it on April 13 as part of the public budget meetings that he felt the Board should consider a rate increase of a quarter or a half mill.

Skinner said the Board did discuss the possibility of the rate increase. Instead of making that change, however, it cut near $1.3 million from the proposed budget of $22 million, including $175,000 in contributions to the retirement accounts of county employees, $167,000 to cover increases in employee health care costs increases and $128,000 for the sheriff.

Citizens will pay more to use park and recreation facilities and find reduced hours of service for trash and recycling centers as a result of the budget adjustments.

The county also will cut back $125,000 in investment in infrastructure at the Gateway Business Park on SR 316 near the Barrow County line.

The cutbacks brought the projected expenditures closer to the $19.6 in projected revenue. The difference–$1.1 million--will have to be made up by taking money from the roughly $10 million in surplus held by the county.

All the figures are fluid, however, and can be adjusted even after the first public hearing on the budget at 6:30 p.m. on Tuesday. As of tonight, the county has not made even a draft of the budget available to the public for review.

The budget is scheduled for approval–following a second public hearing–on June 1. 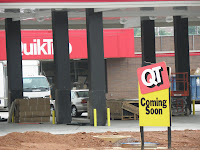 Of those who get notices, 95 percent will learn that their property assessments have declined, he said.

The Georgia General Assembly has said that assessments can go down but they cannot go up except where an owner actually has made an improvement to the property, which is the case for the remaining 5 percent of the cases, Skinner said.

The county has about 17,000 parcels, Skinner said, so in the remaining 6,000 cases the property values have held the same.

If the Board of Commissioners had increased the millage rate, those 6,000 property owners plus the roughly 700 whose property value increased–or about four in 10 property owners–would have experienced a tax increase.

Because declines in assessed values varied, Skinner said, he could not make an estimate as to how many people would have experienced an increase in taxes with either a .25 or .5 mill rate increase.

For those who had experienced an increase, however, the amount would have been relatively modest with either a quarter or half mill increase.

For the average new home owners–who would not have experienced any decline in assessment value–property taxes would have gone up $36 with a quarter mill increase in the tax rate and $72 for a half mill.

For the average new owner of the older home–who also would not have experienced any decline in assessment value–property taxes would have gone up $26 with a quarter mill increase and $52 with a half mill increase.

At the level of the county, the impact of the change in millage rates is easy to assess.

Assessed value is 40 percent of real value, meaning that the net digest in real value for the county is about $4 billion.

The existing tax rate of .006686 would produce $10.6 million in tax revenue if all taxes were collected and if no appeals of assessment were successful.

The actual intake from the tax generally is less because of appeals and unpaid taxes. Jeff Benko, finance director for the county, told the Board he was expecting only $8.9 million in property tax revenue for Fiscal Year 2011, down from $9.8 a year ago.

The remainder of the revenue for the county’s general fund comes from sales tax and administrative fees.

The difficulty of budgeting is that the county has to guess at revenue levels while planning for the real expenses of county government. If, during the year, revenues go up or down, the county has to amend the budget accordingly.

Skinner ultimates reports to the Board of Assessors and only indirectly to the BOC. He does not report to elected Tax Commissioner Harriette Browning, who handles tax collections.

The regular meeting of the Board of Commissioners follows the public hearing on Tuesday night, and it contains further discussion of the 2011 fiscal year budget and the possible relocation of county offices from the Courthouse Annex to the Government Annex to save money in future budgets.

Also on the agenda is an update on the Hard Labor Creek Reservoir project in Walton County, which is creating lots of pressure on the Utility Department. One result is a proposed increase in water and sewer rates for the coming year.

For those who have been following the construction of the QuikTrip located at the busy intersection of Daniells Bridge road and the Oconee Connector, the agenda includes a discussion of the alcohol license application for the gas station and convenience market.

A reader caught a stupid mistake I made in the first version of this article. I used "mileage" rather than "millage" throughout. I even made the mistake in the note to my listserv members. I apologize and thank the reader for the correction.
Posted by Lee Becker at 9:54 PM