A spokesman for the Department of Agriculture confirmed today that plans are underway for the closing of the Agricultural Research Service facility but refused to provide any details about when or how that will take place.

“While the latest short-term budget approved by Congress identifies 10 ARS facilities for closure—including the Southern Piedmont Conservation Research lab—USDA is working to manage these challenges as best as possible so as not to affect our service to the American people,” Matt Herrick told me in an email message late today.


“We are working to ensure that ongoing research is seamlessly absorbed by other ARS facilities, and we are discussing a variety of options with ARS employees affected by closures, including moving their work to different locations, early retirement or buyout opportunities, and retirement, when appropriate,” the email message continued.


Herrick used a shortcut for the Campbell Center name. ARS is part of the Department of Agriculture. 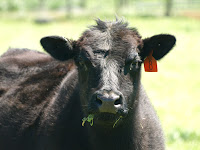 I called Sandy Miller Hays, director of information for the ARS in Beltsville, Md., this morning to ask what the next steps are now that Congress voted to approve the agriculture appropriations bill on Thursday and President Obama signed it on Friday.


She referred me to Herrick, who said he would have to get back to me with a response to my question.


His response–quoted in its entirety above–was relayed to me through Hayes.


The congressional action on Thursday followed the release on Monday evening of last week of a joint House-Senate Conference Committee funding bill for the 2012 Fiscal Year, which began on Oct. 1 of this year.


The bill, termed a “mini-bus” rather than an omnibus funding bill, provides funding for Fiscal Year 2012 for Agriculture, Commerce/Justice/Science, and Transportation/Housing and Urban Development.


The bill also contains another continuing resolution to avoid a government shutdown and continues other federal operations until December 16, 2011, or until Congress completes the remaining nine FY 2012 Appropriations bills.


Most of the attention in Washington in recent days has been on the failure of the joint House and Senate committee to find a funding solution starting with the Fiscal Year 2013 budget.


The Conference Committee report released a week ago had been signed by 37 of the 38 members. Sen. Richard Shelby, Republican of Alabama, was the lone dissenter. The committee consisted of 20 Republicans and 18 Democrats.


The House voted 298 to 121 to approve the bill from the Conference Committee in a roll-call vote recorded at 4:19 on Thursday. Only 133 of the 234 Republicans voted in favor. On the Democratic side, 165 of the 185 Democrats voted in favor.


In the Senate, 70 voted in favor of the bill, including 17 Republicans. All of the 30 votes against the bill came from Republicans, including both of Georgia’s senators, Saxby Chambliss and Johnny Isakson. That vote was recorded at 6:41 p.m.


Rep. Paul Broun, a Republican, who represents Oconee County in the House, voted against the bill. Rep. Jack Kingston, a Republican from Savannah, voted in favor.


Kingston had crafted the House version of the bill, which included a conveyance clause that could result in the land that makes up the Campbell Center being transferred to the University of Georgia.


If the University of Georgia were to accept the land–and Dean J. Scott Angle of the UGA College of Agricultural and Environmental Sciences told me in a telephone conversation in late March that the University is interested–it would have to agree to use the property for agricultural and natural resources research for 25 years.


Though USDA spokesman Herrick would not answer my question about what happens now that the budget for the ARS for the 2012 fiscal year has been set, considerable pressure for quick action exits.


ARS is currently operating at the level of the Fiscal Year 2011 budget, which allocated $1.133 for its operation.


President Obama had proposed to increase that amount to $1.137, but the version passed by both Houses on Thursday allocates only $1.095.


In short, the budget for the ARS for the fiscal year that is now nearly two months old is $38 million less than its budget last year. It has only 10 months to find a way to make that work.


Even with the proposed increase in funds for ARS, President Obama had proposed closing 12 federal agricultural research programs at 10 research locations, including the Watkinsville facility.


The Campbell Center was started on Jan. 1, 1937, to conduct research and develop procedures to deal with soil erosion.


The Center’s 1,107 acres are divided into four tracts.


Just fewer than 610 of those acres are on both sides of Hog Mountain Road east of Butler’s Crossing and north of Watkinsville.


Another 245 of those acres are across Hog Mountain Road from the Civic Center. The final 252 of the acres are in the southern, largely agricultural part of the county.


Earlier this year, the Center had nearly 30 employees. Several have left since that time.


The other nine facilities identified by the Obama administration for closure are spread around the country.


Tom O’Brien from the Subcommittee on Agriculture of the House Committee on Appropriations, gave me this list late today in an email message:

Yet again, another disappointment by the Obama administration....

Nothing but disappointments from Obama . I thought he was going to create jobs , but looks like to me he's taking more than he's making .