The Oconee County Chamber of Commerce has added its support to the resolution passed by the Board of Education earlier this month asking voters in Oconee County to vote against the charter school amendment on the Nov. 6 ballot.

The Chamber included the BOE resolution in its Oct. 15 newsletter with the heading stating that “The Oconee County Chamber of Commerce Supports the Board of Education’s Resolution for the Purpose of Supporting Quality Georgia Public Education.”

It sent out a news release with that same date stating that the “Chamber of Commerce is endorsing” the BOE resolution.

The Oconee Enterprise ran that news release as a letter to the editor in its Oct. 18 edition, signed by the Board of Directors of the Chamber. 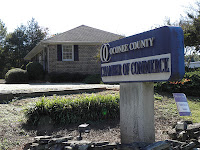 The charter school amendment to the state constitution appears near the bottom of the ballot under the heading: “Provides for improving student achievement and parental involvement through more public charter school options.”

Voters will be asked to vote Yes or No to the statement: “Shall the Constitution of Georgia be amended to allow state or local approval of public charter schools upon the request of local communities?”

Local BOE’s can approve charter schools now, and, if the local BOE does not approve a request for a charter school, the applicant can appeal the decision to the state Board of Education.

The amendment is designed to create a new procedure for applicants who want to develop a local charter school or one with a regional or statewide appeal to go directly to a State Charter Schools Commission for approval, rather than go through the current application procedure.

Members of local Boards of Education are elected by voters in the school district they serve, in this case, by voters in Oconee County.

The State Board of Education consists of one member from each of the state’s 13 congressional districts. The members are appointed by the Governor and confirmed by the Senate. The state Superintendent of Schools is elected by voters. 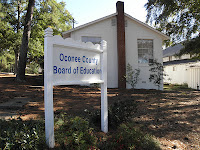 The Georgia Supreme Court struck down the 2008 legislation creating the Georgia Charter Schools Commission on the grounds that local boards of education alone have authority over general K-12 schools in the state.

The amendment to the constitution, if approved by voters, would change that restriction.

Both of Oconee County’s representatives to the General Assembly, Rep. Chuck Williams and Sen. Bill Cowsert, voted to approve both the resolution and the enabling legislation in a series of votes in the 2012 session.

Gov. Nathan Deal signed the legislation in May.

Williams told me in a telephone conversation on Saturday that he was not taking sides on the issue on the ballot.

Williams said he wants to support Gov. Deal, who has been a strong proponent of the legislation, and that was behind his decision to vote for the legislation in the General Assembly.

Cowsert, in an Oct. 9 interview with radio journalist Tim Bryant as part of 1340-WGAU’s Newsmakers program, said the amendment is needed to force boards of education to be more responsive to charter school proposals.

The amendment “changes the dynamic,” Cowsert said. “It makes local school boards be more open and receptive to these ideas.”

Cowsert told me in a telephone conversation today that he did not believe the appeal of a local decision to the state Board of Education will withstand a challenge given the Supreme Court’s ruling on the constitutionality of the Georgia Charter Schools Commission.

The court ruled that the state constitution says that local school boards alone have authority, Cowsert said, and, “by implication,” the state Board of Education also would not be able to create charter schools.

The idea that applicants denied their request for charter schools by local boards still have an avenue of appeal is the result of “faulty logic,” Cowsert said.

Dr. Brook Whitmire, assistant superintendent for human resources, told me in an email message last week that he can recall only one application for a charter school in Oconee County.

In 2008, the Oconee County Board of Education turned down a request from Dr. Ismailcem Budak Arpinar, a professor of computer science at the University of Georgia, to create an Oconee School of Math and Science.

Arpinar, 1180 Beverly Drive, off Daniells Bridge Road, was joined by four others to create a required governing board for the proposed school.

On June 9, 2008, the BOE unanimously rejected the proposal. In a letter to Arpinar and his colleagues of Aug. 4, 2008, the Board listed 13 “deficiencies and objections” justifying the denial.

The letter said the proposal did not include adequate information on how food services and transportation were to be handled, details on projected enrollments and information on employee evaluations.

The letter also objected to the number of graduation units required, the use of non-certified teachers, and the methods of math instruction to be used.

Arpinar told me in a telephone conversation yesterday that he and his colleagues did not appeal the decision to the state Board of Education or take the proposal to the Georgia Charter Schools Commission. He said the uncertainty of the legal standing of the Commission was a factor in that decision.

“I fully support the amendment,” Arpinar said. He said he didn’t think local school boards will support charter schools without the pressure from the state option provided by the amendment.

Arpinar said he has not sought to organize support for the amendment.

Oconee County Board of Commissioners Chairman Melvin Davis and Oconee County Republican Party Chairman Jay Hanley said on Saturday that they had not heard of any organized support for Amendment 1 in Oconee County.

“The Commission shall not act on a petition unless the local board of education in which the school is proposed to be located denies the petition,” according to the bill. The local board has to act within 60 days of receipt of the application or the delay will be treated as a denial. 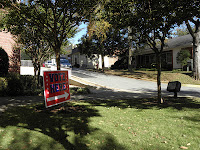 If the Commission approves a school, its funding comes not from the local school system budget but from separate appropriations from the General Assembly.

The resolution passed by the Oconee County Board of Education and endorsed by the Chamber of Commerce cites state cutbacks in funding as a reason to oppose the Amendment. The enabling legislation of HB 797 would put funds into the alternative system created by the State Charter Schools Commission.

“The state of Georgia’s economic condition has resulted in a significant decline in state funding for public schools,” the resolution states, and “decreased district-level support for the schools’ core business of teaching and learning.”

The resolution says the cutbacks have reduced instructional resources and cut compensation for teachers.

The Fiscal Year 2013 school system budget shows a reduction of $4.81 million in state funding from that dictated by the state funding formula. The reduction for the previous year was $4.78 million. The year before that it was $4.58 million.

Randy Morrison, assistant superintendent for financial operations in the Oconee County School System, said the reductions started in 2003 and reflect the fact that the “state’s resources are inadequate to fully fund education.”

Morrison made it clear he was speaking to me yesterday (Sunday) in his off time as a private citizen, not a school employee.

In the current Oconee County school system budget, the $26.2 million in state funds is only $2.2 million more than the $24.0 million the system receives from local property taxes.

Georgia Attorney General Samuel Olens has informed Georgia Superintendent of Education Dr. John D. Barge that local school boards “do not have the authority to expend state funds or other resources to advocate or oppose the ratification of a constitutional amendment by the voters.”

Olens said nothing of the rights of state officials to advocate for or against the amendment. Gov. Deal stated his support for the amendment in a press release issued when he signed the legislation on May 3.

That letter is on the governor’s web site.

The Oconee County Chamber of Commerce Board of Directors is made up of 15 members.

Mack Guest is chairman of the Board. Guest is a former BOE member.

David Weeks, current chairman of the Oconee County Board of Education, also is a member.

Dr. Whitmire is an associate member, as is David Williams, a former BOE member.

Guest told me in a telephone conversation today that the Chamber Board of Directors made its decision after “one of our Board members asked us to support the resolution” of the BOE. “I prefer not to say which one,” he said.

Guest also would not tell me when the decision was made or how it was made.

Weeks told me in a telephone conversation after the one I had with Guest that he had brought up the BOE resolution at a recent Board of Directors meeting and “asked if the Board would support it.”

“We just want to get information out” to the public about the amendment, Weeks said.

Early voting is underway at the Board of Elections and Registration Office next to the courthouse in downtown Watkinsville and will continue through Nov. 2. That office is open from 8 a.m. to 5 p.m.

Early voting also is possible during these same hours from Oct. 29 through November 2 at the Oconee County Civic Center on Hog Mountain Road.

Saturday voting is available from 9 a.m. to 4 p.m. on October 27 at the Board of Elections Office.