The vendors set up booths at 8 a.m. in front of the Courthouse in Watkinsville, as they will every Saturday now until the end of November, and remained in place until the 1 p.m. closing.

The crowd was very light at the beginning, but it began to build as the morning wore on and the temperature warmed.

David Court, a one-man-band playing harmonica, mountain dulcimer and foot tambourine, provided the music, which had some of the smaller customers dancing and smiling to his beat.

The Grand Opening of the Market will be on April 22. 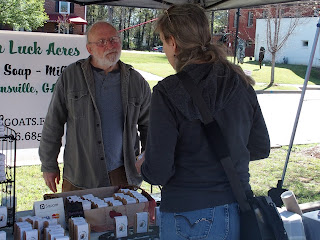 The Market Board decided to do the soft launch to accommodate vendors who planted with the traditional first Saturday in April opening date in mind. 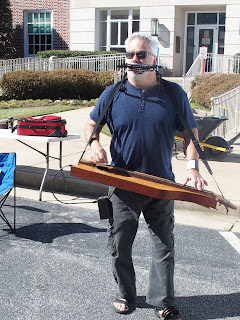 Oconee County Schools are in Spring Break this week, and Easter is April 16, leading the Board to decide that the April 22 date was best for the Grand Opening, according to Farmers Market Board President Annie Kennedy. 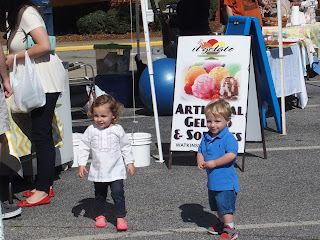 No booths will be set up on North Third Street this year, providing easier and more visible access to passing customers in the large parking lot behind the Courthouse itself. 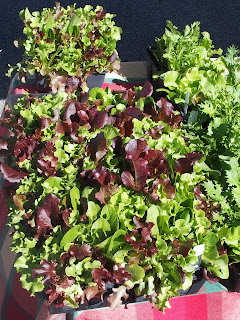 Vendors on Saturday were selling fresh vegetables, including carrots, cauliflower, broccoli, and lettuce and other plants for setting. 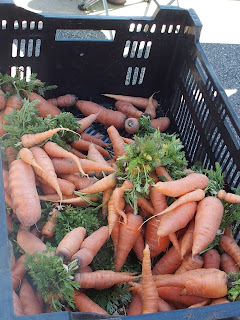 The Market is open to local vendors who grow, make or blend the products they sell. 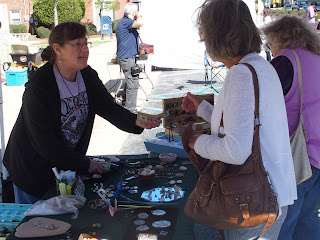 The Market was begun 14 years ago to provide farmers from Oconee and surrounding counties with a venue to sell their products and to provide residents with a chance to purchase locally produced food and related products.

Market organizers also saw the support for farmers as part of an effort to preserve green space in the county. 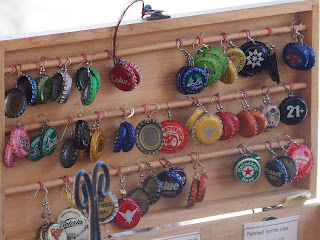 The Market is a nonprofit organization and is supported entirely by the contributions of vendors, with each vendor paying 5 percent of sales or a $10 set fee each week, whichever is higher.

I serve on the Market Board as the customer representative.

Really enjoy the opportunity to buy fresh local produce at the Farmers Market but I do question the amount of crafts and such being sold. In my eyes that's not fair to local shops who are brick and mortar tax paying businesses.