Jacob Douylliez, a minister from the west of the county, stepped forward in the final day of qualifying Wednesday to run as a Democrat in the special election to fill the vacant Post 3 on the Oconee County Board of Commissioners.

Douylliez joins two other candidates, Amrey Harden and Aaron Nowak, both of whom qualified as Republicans on Monday, in the non-primaried special election on Nov. 3 to fill the seat formerly held by William “Bubber” Wilkes, who passed away earlier this year.

Also on Wednesday, Chris Summers qualified to seek Post 3 on the Watkinsville City Council, and Peter Steckel qualified for Post 4.

On Tuesday, Jeff Campbell withdrew his qualification for Post 3, currently held by his wife, Marci Campbell, who is not seeking reelection, and qualified for Post 5

Each of the three Council seats now has two candidates competing in the nonpartisan races.

Douylliez, 30, of 1971 Whippoorwill Road, lists his occupation as education and minister. He has lived in Georgia and Oconee County for two years.

He is the director of Music at Covenant Presbyterian Church in Athens-Clarke County.

Harden, who qualified on Monday, is a retired president of Oconee State Bank, and Nowak is an investment banker and co-owner of a business with his wife.

Summers, 43, of 236 Concord Drive, lists his occupation as plumbing contractor. He has lived in Georgia, Oconee County, and Watkinsville for four years.

Steckel, 45, of 54 South Main Street, lists his occupation at attorney. He has lived in Georgia for his whole life and in Oconee County and Watkinsville for two years.

Further details on the candidates who qualified on Monday is in a post from that date. 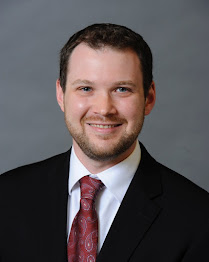 Lee,
Thank you for the update. Watkinsville Post 4 Candidate Peter Steckel's address of 54 South Main Street is shown as being owned by Laura Smith, who is the wife of Watkinsville Mayor Bob Smith. Are you aware of any other situation where a City's Mayor is the landlord for one of its City Council Members?