Watkinsville’s nonpartisan special election on June 15 had taken on the character of an inter-party affair before the surprise announcement on Tuesday by Peter Steckel that he was withdrawing from the mayoral race.

The Oconee County Republican Party has organized a candidate forum for the election in partnership with Bethel Baptist Church for 6:30 p.m. on Monday (May 24), with Tim Bryant, WGAU news director and conservative commentator, serving as moderator.

Efforts by Oconee County Democrats to join as a sponsor didn’t work out.

Carolyn Maultsby, one of the two candidates for the open Post 1 on Council, also is listing herself as a Republican on her campaign signs.

Chuck Garrett also has qualified for the Post 1 election.

Steckel’s withdrawal from the race removes the more high profile race for mayor from the forum, though his name will still be on the ballot with that of Acting Mayor Brian Brodrick when early voting starts at City Hall on Monday.

Jennifer Stone, assistant director of Elections and Registration for Oconee County, which is running the election for the city, said as of late Tuesday morning that Steckel had not yet officially informed her office of his intent to withdraw.

The Oconee County Republic Party took the initiative in setting up the candidate forum, according to Party Chair Kathy Hurley, as part of its effort to provide citizens a chance to hear from and ask questions of candidates and elected officials. 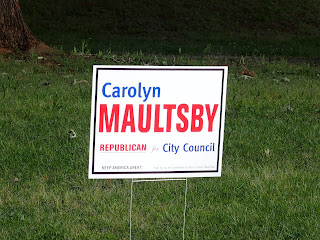 The Party usually meets in the basement of the Oconee Chamber of Commerce on Nancy Street in Watkinsville, but Hurley said the party felt it needed a larger venue for the candidate forum.

When Marvin Nunnally from Bethel Baptist Church offered that space, the Party accepted, she said.

The church is located at 59 N. Main Street, just north of the Experiment Station Road and Main Street intersection, inside the city limits of Watkinsville.

Those interested in asking questions should email them to OconeeGOPchair@gmail.com or mjnunnally@gmail.com.

The deadline for submitting questions is Wednesday (May 19).

Nunnally said the doors will be open for the forum at 6 p.m. though the session won’t start until 6:30.

Maultsby and Garrett have confirmed they will attend, according to Nunnally as well as the announcement on the party Facebook page.

Brodrick said in a text message to me on Tuesday night that he will be available to answer questions as well.

Michael Prochaska, editor of The Oconee Enterprise, posted on the paper’s Facebook page on Tuesday morning the announcement that Steckel is purchasing a home outside the city limits of Watkinsville and will be withdrawing from the race for Mayor. 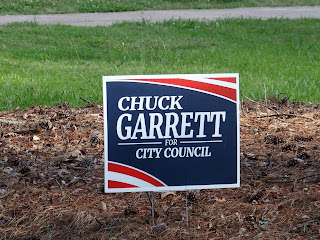 The Watkinsville special election on June 15 is the result of Bob Smith’s abrupt decision in March to step down as mayor.

Brodrick then announced he would run for mayor in the special election, freeing up Post 1 as well.

Brodrick, 45, of 117 South Main Street, is a marketing professional.

Both Maultsby and Steckel ran unsuccessfully for Council in November.

When Smith ran for mayor in 2019, he made it clear he was running as a Republican despite the nonpartisan nature of the race.

Starting Monday, early voting will be held from 9 a.m. to 5 p.m. each Monday through Friday at City Hall, through June 11, excepting on May 31, Memorial Day. 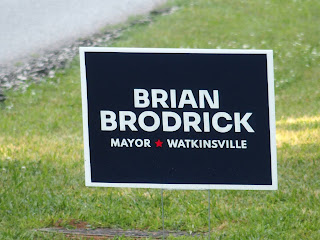 Assistant Elections and Registration Director Stone told me in an email on Tuesday morning that 2,247 registered voters within the city limits are eligible to vote in the election.

That is a net increase of only eight voters since the beginning of the new year.

Registration for the election closed on Monday.

Hurley told me in an email message on Tuesday that a main focus of the party’s leadership team, elected in April, “is to provide citizens with an opportunity to hear from and ask questions of candidates and elected officials.”

The “non-partisan City of Watkinsville Special Election” was “our first opportunity to act on that agenda,” she said.

“After the date was selected, moderator confirmed and all the candidates committed, Marvin Nunnally reached out on behalf of Bethel Baptist Church, to see if there was a collaboration opportunity,” she said.

“With the church being in Watkinsville it worked perfectly,” she added.

Nunnally, chair of the Board for Bethel Baptist Church, said in a telephone conversation on Monday that he had contacted Hurley after learning about the party’s plans for the forum to ask about co-sponsorship.

“It being a nonpartisan race, we would have loved to have done Democratic Party, Republican Party, and Bethel Baptist Church, but you can’t force somebody to pull somebody else in,” Nunnally said.

Eric Gisler, co-chair of the Oconee County Democratic Party, told me in a telephone conversation on Tuesday that he contacted Nunnally about joining as a sponsor when he learned that Nunnally was organizing a forum.

“We would have been happy to collaborate with the Republicans since the election is nonpartisan,” he said.

“As the forum is open to the public, and being sponsored as a community service by the Oconee County Republicans and Bethel Baptist Church,” GOP Chair Hurley said, “it didn't seem necessary to add another host so late after the planning and publicity was already complete and in play.”

Nunnally said questions submitted to him and Hurley will be given to moderator Bryant.

“I think its only fair for those persons who don’t get a chance to share their questions to ask them from the floor,” he said.