The Georgia Senate voted a few hours before the session ended last night to exempt the Georgia Department of Transportation from the requirements of the Georgia Environmental Policy Act.

The Senate vote was on an amended version of the original Senate Bill 346, and Sen. Bill Cowsert, who represents Oconee County, voted with the majority. Cowsert also is the Senate majority leader.

The modified version, written by the House, contained the stipulation that “an environmental evaluation shall be considered in the decision-making process” by GDOT even though GDOT will be exempt from the provisions of the state’s Environmental Policy Act when road projects fall under $100 million.

Rep. Regina Quick and Rep. Chuck Williams voted against bill when it passed the House on Tuesday. Cowsert, Quick and Williams are all Republicans.

The bill likely will have impact on the GDOT requirements for the widening of U.S. 441 from Watkinsville in Oconee County to Madison in Morgan County. That widening is expected to include a bypass of Bishop.

GDOT has split initial work on that project between the two counties and likely could bring the parts of the work in under $100 million if it follows that strategy on subsequent awards. 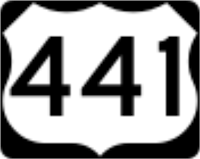 The bill exempts from the Georgia Environmental Policy Act projects “of a department, municipality, county, or authority to construct or improve a public road or airport” if the project “does not exceed $100 million in costs.”

The Georgia Environmental Policy Act (GEPA) stipulates that all state agencies must prepare environmental impact reports as part of the decision-making process for all activities that may have an impact on the environment.

The environment is defined to include the state’s air, water, land, plants, and animals as well as cultural, historical and archaeological resources of the state.

The bill now goes to Gov. Nathan Deal for his signature.

On Monday GDOT sent to area media a statement from Russell R. McMurry, GDOT commissioner, saying that the bill before the House and Senate “does not have any impact on GDOT’s responsibility and commitment to complete a thorough environmental analysis” for the U.S. 441 project.

“Generally, SB 346 changes the requirements for writing a report summarizing environmental impacts and does not diminish federal and state environmental laws,” McCurry wrote.

“As an agency of the State of Georgia, GDOT values our cultural and environmental resources,” the statement continued.

The Oconee Enterprise ran the news release from McMurry as a letter to the editor in yesterday’s edition.

GDOT signed a $6 million contract on May 13, 2015, with KCI Technologies Inc., with offices in Duluth, for work associated with the U.S. 441 widening in Oconee County.

The scope of work, as defined in the contract, “will consist of the widening/new construction of SR 24/US 441 North of the Apalachee River to the Watkinsville bypass in Oconee.

“Also included in this widening will be the construction of a new bridge over Greenbrier Creek,” according to the document.

GDOT officials subsequently have said they are starting anew with the project, rather than relying on “concept validation” of previous plans.

GDOT signed a contract for $5 million with Parsons Brinckerhoff Inc., with offices in Atlanta, on Nov. 14, 2014, for work in Morgan County.

The scope of work for the contract states that “The project will consist of the Widening of SR 24/US 441 from the Madison Bypass to just North of the Apalachee River.”

Included in the “widening will be the construction of three (3) bridges: SR 24 over Hard Labor Creek, Big Sandy Creek and the Apalachee River,” the contract states.

The scope of work also includes “environmental document completion” for both Morgan and Oconee counties.

Lisa Douglas of Positively Oconee, a citizen group in the county, obtained both of these master contracts and shared them with me.

These and other documents I have obtained on the U.S. 441 widening and Bishop Bypass are on this page on Oconee County Observations.

This bill may a sort of sense economically.
"Smaller projects" (under $100 million!) would conceivably be impacted negatively by the expense of an environmental study etc.
Besides the environmental concerns, there is a larger issue.
Being able to blithely exempt itself from its own rules is another worrisome precedent.
Who will watch the watchers?

They obviously divided the project in 2 and then set the dollar limit so this particular road would not be under the environmental regulations. It is a devious way to accomplish the goal, but then they are politicians so being devious is their middle name. Thanks to Chuck Williams and Regina Quick for being responsive to their districts and big boo to Senator Cowsert.