Brian Kemp won big in Oconee County in the runoff election Tuesday, outperforming his strong-showing in the state, where he decisively defeated L.S. “Casey” Cagle for the Republican nomination for governor.

David Shafer carried Oconee County in the Republic Party primary runoff for lieutenant governor, while in the state, with 100 percent of the precincts counted, Geoff Duncan had just more than 50 percent of the vote.

Brad Raffensperger handily won in Oconee County in the Republican Party primary runoff for secretary of state, as he did statewide, defeating David Belle Isle.

In the only Democratic race, Sid Chapman won in Oconee County, while Ortha Thornton Jr. won in statewide balloting.

Turnout was strong in Oconee County Tuesday, with 22.7 percent of the county’s 26,261 active voters casting a ballot. The figure had been 29.8 percent in the May primary, when Democrats has much more reason to go to the polls. 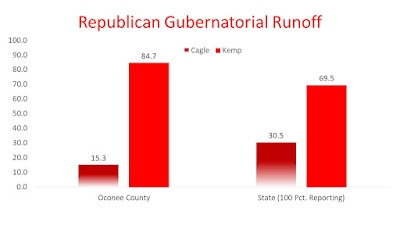 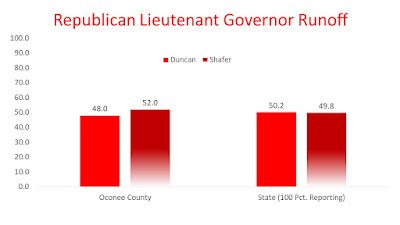 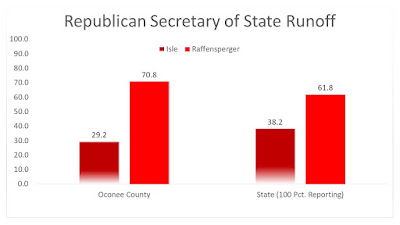 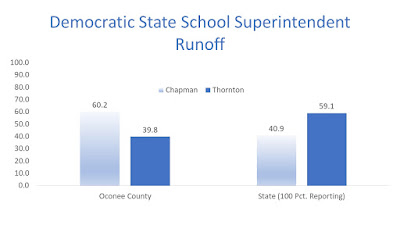 Kemp ran strong in all of the county’s precincts, but did particularly well in Antioch, Bishop and North Oconee, all of which gave him more than 87 percent of the vote.

Kemp did slightly less well in High Shoals and City Hall, with 81.8 percent and 81.9 percent respectively.

Kemp had carried Oconee County in the May Republican Party Primary, with 53.9 percent of the vote to Cagle’s 39.0 percent. Cagle currently is lieutenant governor.

In November, Kemp, currently Secretary of State, will meet Stacey Abrams, the Democratic Party nominee and former Minority Party leader in the State House of Representatives.

If his slight lead in the lieutenant governor’s race holds after any recounts, Duncan, a businessman from Forsyth County, will face Democrat Sarah Riggs Amico, a Kennesaw businesswoman, in November.

Raffensperger, businessman from Johns Creek, will face John Barrow, the Democratic nominee, in November. Barrow is a former Congressman from Athens.

Thornton, a retired Army officer and former president of the National Parent Teacher Association will face Republican Richard Woods, the incumbent, in November in the state school superintendent race.