Oconee County Republicans gave little ground in the elections on Tuesday, holding at 70 percent of the vote in most of the national, state and local elections.

County voters split their vote between two Republicans in the special election for Board of Commissioners Post 3, but winner Amrey Harden, received 52.7 percent of the vote and Aaron Nowak got 21.0 percent. Democratic challenger Jacob Doulliez got 26.3 percent of the vote.

The only Democrat to nearly make it to 30 percent in a county race was Joan Parker in the Post 5 Board of Education race. Parker got 29.6 percent of the voter.

In the U.S. Senate race against Republican incumbent David Perdue, Democrat John Ossoff got 29.7 percent of the vote. 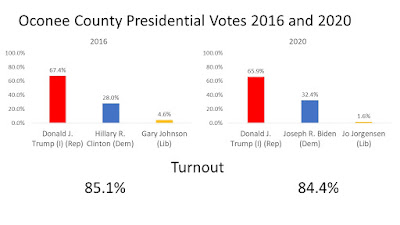 All won their races when tallies from the other counties in their districts were included.

In the Special Election for District Attorney, Oconee County voters gave 60 percent of their vote to James Chafin, running without a party label, rather than vote for Democrats Deborah Gonzalez or Brian Patterson.

Gonzalez and Chafin will advance to a runoff in that race based on results from Clarke County, which joins Oconee County in the Western Judicial Circuit.

Trump ran strong across the county, but his vote totals were lowest in City Hall and East Oconee precincts and best in Dark Corner and Antioch. 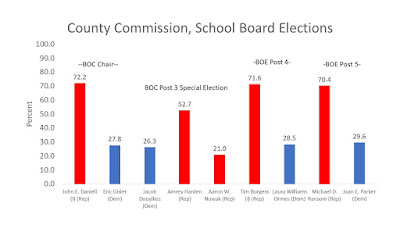 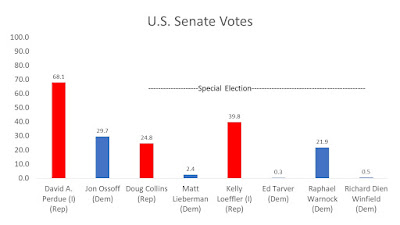 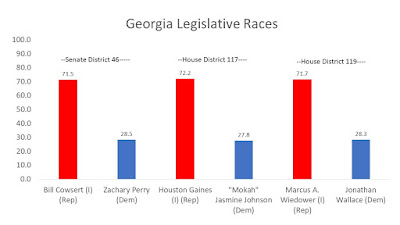 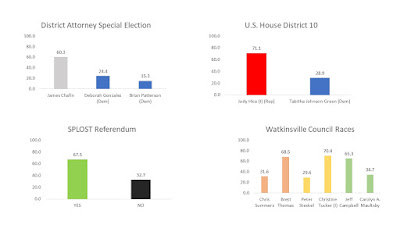 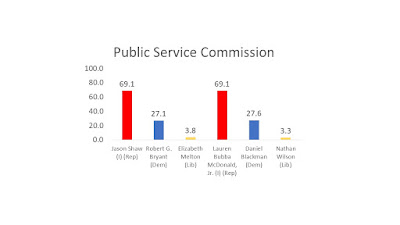 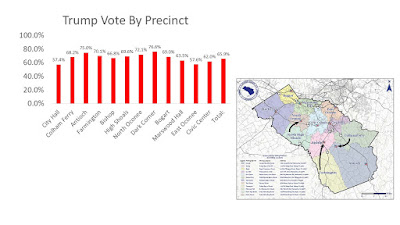 Lee,
Thank you for providing this detailed on your website. Your efforts to keep our community informed are greatly appreciated.